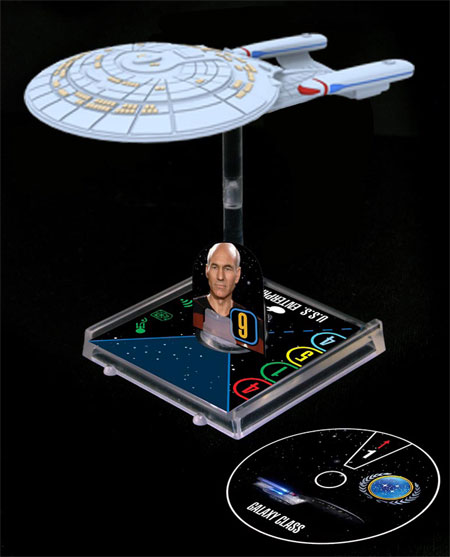 Players engage in exploration and combat, traversing sprawling Star Trek space maps made available via an in store Organized Play program. As commander, players have the ability to customize, upgrade, and assign famous crewmembers to their fleets, which feature ships from the series’ prominent empires and forces as well as special stats and abilities, and unique maneuvers on separate HeroClix Combat Dials™.

“The FlightPath™ maneuver system used in FFG’s game is an amazing system for free-form movement in a space combat game,” said Justin Ziran, president at WizKids. “It’s a natural fit for the Star Trek universe. Players familiar with the FlightPath™ system will most definitely enjoy Star Trek: Attack Wing.”

Roseville, Minnesota’s Fantasy Flight Games is a publisher of board, card, miniatures, and roleplaying games. Founded in 1995 by Christian T. Petersen, Fantasy Flight Games has published hundreds of successful titles, including Battlestar Galactica: The Board Game, the Lord of the Rings series of board games, board and card games based on H.P. Lovecraft’s Cthulhu Mythos and George R. R. Martin’s A Game of Thrones, and many original board games such as Twilight Imperium, Runebound, and Descent: Journeys in the Dark.