Thank you to everyone who joined us for an exciting weekend of tabletop gaming at the 2015 WizKids U.S. National Championships. Hundreds of players attended the events in Glen Burnie, Maryland to battle it out for the right to call themselves a WizKids U.S. National Champion and win an invitation to the World Championship, taking place in June at Origins Game Fair.  With HeroClix, Dice Masters, Star Trek: Attack Wing and D&D Attack Wing tournaments taking over the Baltimore area, there was never a dull moment.

We would like to give a special shout out to our hosts from Games & Stuff. The success of these events would have never been possible without your help. To learn from the best, we interviewed the new Champ. Check out what he had to say:

Q: What was it like to win the 2015 WizKids U.S. National Championship?

A: Incredible!  Simply incredible.  Back to back 3rd place finishes at Worlds 2012 and 2013 and getting knocked out in Top 16 in both Nationals and Worlds last year made me hungrier for it.  Being able to win Nationals this year with many of my teammates present, as well as many friends I made along the way through many games of HeroClix, made it that much sweeter.  Being able to share that joy with others just enhances that feeling.

Q: Did you enjoy the competition?

A: Absolutely.  I wish I could say I saw all 32 teams, but I would be lying.  However, I did see a lot of diversity among the teams that were played.  The thrill of single elimination is pretty intense as you advance on.  All the players I played against played extremely well and did not make it easy for me.

Q: How did you come up with your winning build and what was your main strategy?

A: Last year I used Doop with the Book of the Skulls at Worlds and came in 12th, while my teammate Kenji Kaneshiro, was able to get 1 round further with the same team, placing 7th.  I knew Doop was still worth playing, but had to explore new options.  Once Gluttony came out and had almost identical defense abilities and some anti-resource/healing love, I knew I was onto something.  In most cases, forcing your opponent to hit your team at minimum 9 times for a win is a tall order. Add in some healing, Hammer boosts, Mystics damage, Entity bonuses, and bonuses from the Book, my plan was to just simply outlast my opponent while being able to hit hard enough back. Q: What were the teams you went up against like?

A: Creative.  Red Battery Deadman/Gluttony combo was a very clever team.  I played against two Orange Battery Teams, one concentrated on Defense, while the other concentrated on Board Control, which goes to show even the same resource can be utilized differently and still be effective in high level play.  Also, a Zombie Team Base, which goes to show you Team Bases aren’t dead….get it…Zombies…Team Bases…..dead…..I’ll stop now.

Q: How long have you been playing HeroClix?

A: I have been playing for 4.5 years now as Web of Spider-Man was my first set.  I dabbled a bit before then, but it was very inconsistent.

Q: What first brought you to the world of HeroClix?

A: In my younger years I was big on VS. System TCG and played a lot.  At my local venue back then, I would always see HeroClix being played and being very intrigued with the DC and Marvel crossover, but never took the time to look into it further.  After VS. System died out, I had plenty of time for a new hobby.  A close friend of mine told me that he was into HeroClix and was moving back to New Jersey from Florida and I thought it was a perfect time to learn.

A: At least once a week, at most three times a week.  My home store is Highlander Games and Comics in Boonton, NJ and it is, in my opinion, the best place in New Jersey for HeroClix.

Q: What is your favorite things about HeroClix?

A: I love the strategy of Chess. I love the lore of Marvel and DC comic book characters.  Put them both together and you have HeroClix.  On top of that, you get to meet great people who turn into friends, who share your passion and love for the game.

Q: As a Nationals Champion, you get to design your own ATA. Do you have any ideas for it yet?

A: Sadly, no.  Not the greatest answer, but it is the truth.  I will give it some thought and have to get back to you on that one.

A: Shoutouts to Abdul Manickram, Bradley Wilson, Tedd Jasiczek, Kenji Kaneshiro, Jayson Kuehm, Timothy Traister, Bryan Santana, Brian Galley, Alex DeVictoria, and Joshua Cannon, my teammates, my good friends, Team Pusheen!  Also a shout out to Derek Thompson, my rival and friend.  According to our tradition, it is your turn to win next.  You know I can’t let that happen, haha. Coming off of our WizKids U.S. Nationals event held this past weekend in Glen Burnie, Maryland, we wish to congratulate not only the players but also note a store that can now boast not one but two National Champions!  Rich Kopacz (2015 D&D Attack Wing National Champion) and Kennie Peña (2015 HeroClix National Champion) both play at Highlander Games in Boonton, NJ. Scott Hughes, owner of Highlander Games and Comics in Boonton, NJ, had this to say about having two National Champions from his store—

“As a devoted Game Store, it is hard to imagine something nicer than hearing that two of your favorite players have achieved such a high honor in their respective games. With all of the great stores, and wonderful players that populate our community… it is truly humbling.”

Owner Scott Hughes also had high praise for both players:

“Rich has been a devoted Attack Wing player ever since Star Trek landed. Never one to miss an event, when D&D was announced, Rich was one of the first in line to start the new system, quickly rising to the top in his competitive play. Congratulations on the National Championship, Rich, and thanks for always being the player that arrives first, leaves last, and is always ready with helpful advice and strategy.”

“We are so happy to see Kennie win the Heroclix National Championship for 2015. Kennie’s passion for Clix runs deep. Whether as our store’s tournament organizer, helping new players young and old learn and develop a love for the game, or as a leader of a local group of players— Team Pusheen— who along with Kennie have elevated to a highly competitive level through hours of pushing and supporting each other to new heights. He is simply, a great ambassador for the game and we are proud to call him one of our own, and even more proud to call him a friend. Congratulations Kennie… you truly deserve it.”

While Kennie Peña took home the victory, the rest of Team Pusheen was there to compete and root on Kennie on his rise to victory. In Front from left to right: Tedd Jascicek, Jayson Kuehm

While this may be the first time for Team Pusheen to have a National Champion in their ranks, they are no strangers to placing in top level events— Jayson Kuehm made it to the Top 16 and Kennie, Kenji, Bradley, and Tedd all made it to Top 32 in the 2014 HeroClix World Championship at GenCon.  We anticipate seeing Team Pusheen players rising up the leader board in many future HeroClix events!

Congratulations to Rich Kopacz, Kennie Peña and all of Team Pusheen— you have made Jersey proud!

We will follow up with articles to talk to both Rich and Kennie about their win and their experience at the 2015 WizKids National Championship.

The 2015 WizKids U.S. National Championships have come to a close. Hundreds gathered for a weekend full of exciting tabletop battles. Elite gamers flew from all around the country to Glen Burnie, Maryland for a chance to be the 2015 U.S. HeroClix, Dice Masters, and Attack Wing Champions. With so many different strategies, the competition was steep and it took a lot more than luck to make it to the top.After hours of intense gaming, WizKids is pleased to announce the 2015 WizKids U.S. National Champions: 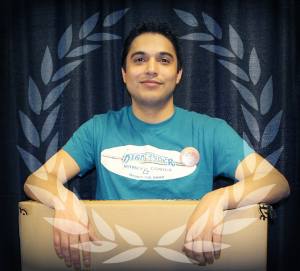 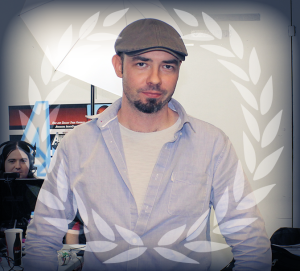 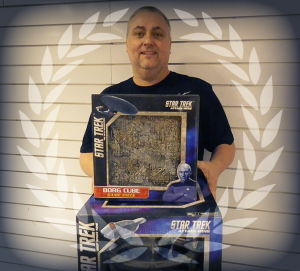 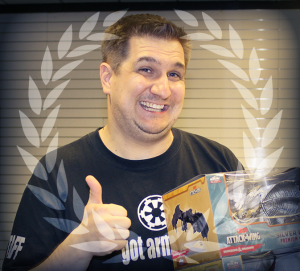 Congratulations and we look forward to seeing you in June at the Origins Game Fair, in Columbus, Ohio, for the 2015 WizKids World Championships!We would like to thank everyone that attended the events and watched the Dice Masters competition live on Twitch, brought to you by our friends at Clash Tournaments. If you missed the live stream, you can find the video footage here!

We hope you enjoyed the experience as much as we did. Also, a special thank you to Games & Stuff for hosting such a successful event.