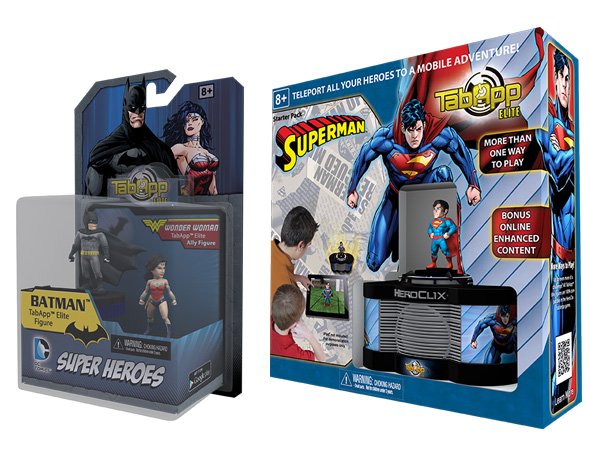 The DC Comics Superman™ Starter Pack, which contains a physical Superman™ TabApp™ Elite figure and branded ClixStation is available for $14.99 USD. Also available is a Booster Pack, $9.99 USD, containing additional figures, including a Batman™ TabApp™ Elite figure and Wonder Woman “Ally” figure, which can be used alongside other hero figures in game and placed directly on the mobile device.

TabApp™ Elite figures are 100% compatible with the HeroClix tabletop game and come with a free code to unlock their HeroClix Online counterpart.

TabApp™ Elite is available today for download for iPad® on the AppStore™ and from the Google Play™ store for Android.

For ages 8 and up, TabApp™ Elite takes players on a heroic adventure, unleashing powers of legendary super heroes right on their iPad® or Android device! Heroes are invited to play their way, choosing from a selection of widely popular DC Comics Super Heroes, variety of play styles, 3D isometric maps and more! 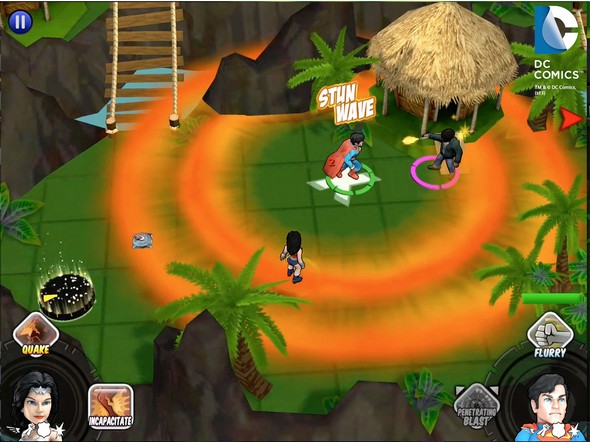 About MFV
MFV, majority-owned by NECA, is a game development studio dedicated to merging physical merchandise with interactive technology. MFV combines an extensive catalog of intellectual properties with a veteran team with offices in Los Altos, CA and Cary, NC.