North American HeroClix fans – Bring the famous secret agent and his cohorts to your tabletop games!

Marvel HeroClix: Nick Fury, Agent of S.H.I.E.L.D. also features the all-new Build-A-Clix figure — five objects (and a Base/Card) randomly inserted into various packs in the series that can be assembled to create the Hulkbuster Mk II Armor! 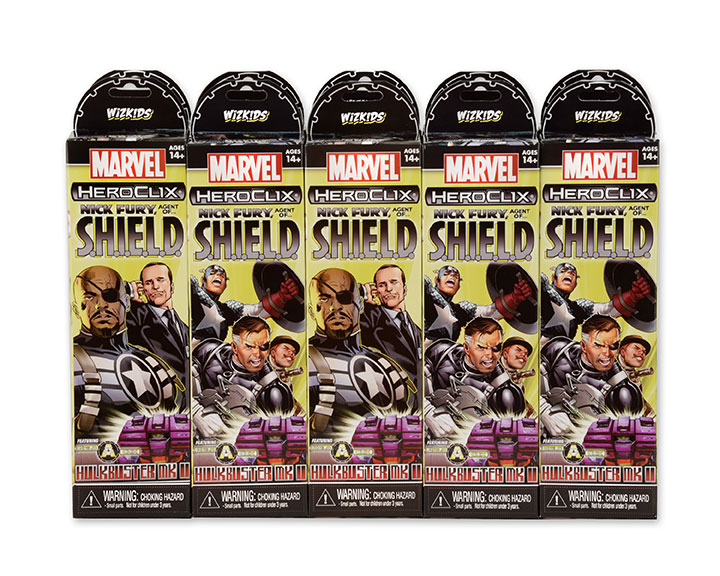 Head to your local gaming shop to pick up this newly available expansion set and bring all the power of Nick Fury and Marvel’s Agents of S.H.I.E.L.D. to your next HeroClix game!

Gamers, don’t forget to sign up for the WizKids Event System to stay current on upcoming tournaments in your local area! – http://www.wizkidseventsystem.com